After a season and a half of floundering, Oliver — and Arrow — remember how to swim.

In what was inexplicably the biggest plot twist of Arrow’s season 5 premiere, I, against all odds, managed to leave Star City excited about what’s to come. And that means a lot coming from someone who pretends that the series ended when Ra’s al Ghul used his superhuman dad-strength to kick Oliver off a cliff in “The Climb.” Like, the “stick a fork in it” imagery of a sword covered in Ollie’s blood being driven into the precipice he (READ: “THE SHOW”) fell from is too perfect not to end on. IT WAS SO BEAUTIFUL | (The CW)

However, much like its protagonist, Arrow has somehow managed to return from certain death.

To Go Forward, You Must Go Back

In a move that seems ripped straight out of Quaithe’s crypticness to Daenerys Targaryen, Marc Guggenheim and co raise Arrow from the depths of Lian Yu by taking it back to its roots. Its broody, murderous, Bratvian roots. Wait, is Bratvian even a word?

Anyway, since we’re talking about going backwards, let’s be overly literal and start with the flashbacks. The only thing that could’ve been more pointless than last season’s flashbacks would’ve been, like, putting a character in a wheelchair for 5 episodes and then never mentioning it again. Oh. But this season, instead of muddling around in a supernatural conspiracy plot with no long-term implications (aside from Constantine), we get thrown straight into Oliver’s backstory with the Bratva: something we’ve been begging to know more about since Ollie was revealed to be a Captain way back in season 1.

The purpose of the flashbacks was originally to create a parallel narrative that not only mirrored the events of the current season, but also demonstrated how Oliver evolved from incompetent playboy to really buff guy with scars that kills people with arrows. The flashbacks are some of the most interesting and important aspects of the show; their return to relevance is long overdue, and a massive boost to Arrow’s watchability — I’d rather listen to WHAT NO, RAY, OLIVER for 40 minutes than suffer through another episode of Ollie playing high-stakes Legends of the Hidden Temple with the idol.

Anatoly Anatoly, give me the formuoli | (The CW)

Speaking of things that drive people towards murder, Ollie is killing  henchmen again! And while this rediscovered penchant for snapping necks is exciting in and of itself, its the moral dilemma behind his decision to become the Green Reaper that makes it captivating. As it did in the good ol’ days, Oliver’s personal strife once again has consequences beyond whether or not Felicity will complain about his cooking. As a quick recap (since, you know, the death of Ollie’s lifelong best friend has basically been forgotten on-screen), Oliver gave up killing after Tommy, who called him a murderer, died saving Laurel during the Undertaking as a “real” hero.

Flash forward to today, and Ollie has fallen off the no-killing wagon due to feeling responsible for Laurel’s death. Our favorite salmon ladder climber is now torn between honoring Tommy and Laurel’s memories by not killing, and “doing what’s necessary” to ensure that no more of his friends suffer the same fate. And, while it’s fairly predictable that we’ll see Oliver set his arrows back to stun by season’s end, his internal struggle should make for a fantastically visceral throwback storyline. 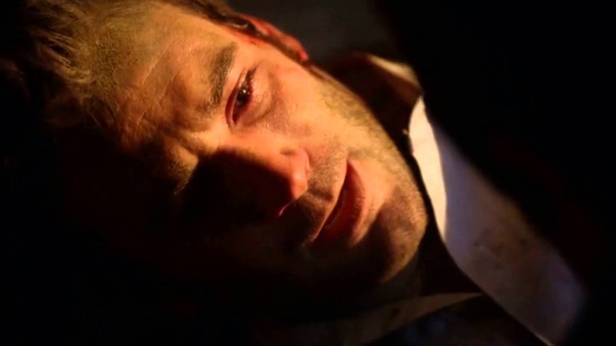 Oliver deciding to kill after losing Laurel is also a great (albeit probably unintentional) parallel to the comics. In Mike Grell’s classic “The Longbow Hunters,” Green Arrow is forced to make his first kill to save Black Canary; in Arrow,  he chooses to kill because his refusal to do what was necessary indirectly led to her death. It’s the little things, ya know?

The villains in the early seasons of Arrow were grounded and believable, from their abilities to their endgames. Even Deathstroke’s absurdly convoluted plan with a smaller margin of error than a first Tinder message to someone way out of your league didn’t feel out of place. Season 4, on the other hand, required us to believe that a team of non-metahumans who are good at martial arts and hacking could somehow defeat bleach-blonde, snarky Darth Vader. The entire thing pretty much literally ended with Oliver figuring out how to use the Force after taking a night class at the local community college.

Enter Tobias Church, aka Charon (shoutout to the writers for keeping the motif of Oliver only paying attention in Mythology 101 alive). Church, played imposingly by The Walking Dead‘s Chad L. Coleman, is the show’s return to a grounded, non-super powered villain (at least as far as we know) who seems more interested in being Star City’s new crime lord than taking over the world with organic corn.

Similarly, Prometheus should serve as an almost perfect foil to Green Arrow throughout the season, much as the Dark Archer did for the Hood. While allegedly not the season’s big bad, he should still push Ollie to his limits as an archer throughout the story; as Oliver’s personal identity is irreparably tied to his prowess with a bow, we can expect him to to be a walking existential crisis throughout the season, especially when compounded with his previous failure to stop the Undertaking the last time he was out-arrowed.

The presence of these two villains means less time spent on supernatural shenanigans, and more on spectacular brawls and realistic character development. Praise.

“My arrows come in black, and slightly darker black” | (The CW)

While there’s still room for improvement (some of which will ostensibly be made when Diggle, the lynchpin of the show, returns home), and all of the above positives could be completely wiped out in episode 2, “Legacy” was a strong start and welcomed return to form for the struggling series.